New single “Spark” is out now! ⚡   Light a candle, slip on your headphones and invite the cinematic, jewel-toned sounds of Ghoste to haunt your ears. Diving brazenly into the more nuanced emotions of the human psyche, lauded New York City singer-songwriter, Jenny Bruce, is musically reborn as ethereal indie-pop artist, Ghoste. Bruce’s sensuous vocals alluringly transform struggle into shimmering hope, faithful to her motto, per aspera ad astra (through adversity to the stars).

Bruce’s songwriting has garnered her a multitude of awards (Billboard, Songwriters Hall of Fame, International Songwriting Contest to name a few), while her evocative work has been featured in dozens of TV shows from Dawson’s Creek to Ghost Whisperer, King of The Hill, Six Degrees, and many more.

If experience is the teacher of all things, Bruce has certainly been well-schooled. Bruce has loved, lost, lived in France, is the mother of two boys, and came of age, albeit underage, on the pulsating dance floors of Manhattan's roaring 80's club-scene -- ask her about dancing next to a then-unknown Madonna, meeting Warhol and Capote, and kissing John Cusack! In her early years as an artist, Bruce survived by singing in the Paris Metro and later working as a singing-waitress at Paris' Hollywood Savoy before moving back to NYC to continue her pursuit of music. With a multitude of songwriting awards and song placements in TV and film, Bruce has released six independent albums and is currently recording songs for a second album as GHOSTE.

When asked about the name Ghoste, Bruce recalls, “My late mom cautioned me that after you turn 50 nobody listens to you and you become invisible, a ghost. Having crossed the 50-yard-line myself, I would tell her that aging doesn't make you invisible. Trying to be something you are not, does."

By the way, the E is silent. GHOSTE is not. 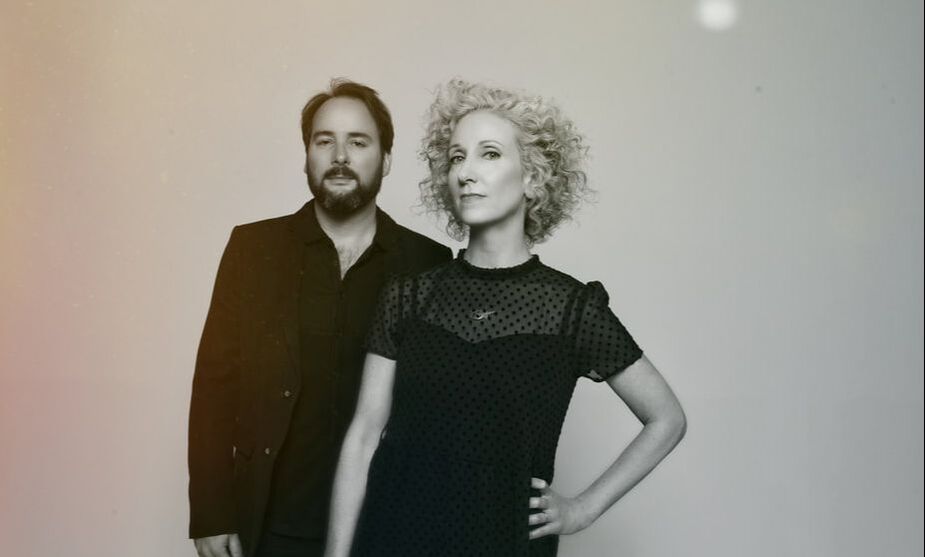 GHOSTE is the ethereal electro-pop musical chimera of singer-songwriter, Jenny Bruce and Producer, Composer, Matt Anthony.  Before embarking on GHOSTE, the pair collaborated for well over a decade on various musical projects at Engine Sound, Anthony's recording studio in Hell's Kitchen, NY.

"Right away GhostE had us with her haunting voice, which is skillfully captured on her artful, multilayered mixes. These recordings would easily enhance a film or TV soundtrack; it’s the kind of stuff that envelopes the listener in a mood, transports them to another zone." - Music Connection
"There is so much emotion in this release and so much underlying story telling. Like the production, it will haunt you in stages. Firstly, you will love the wonderful electro pop cinematic quality of the music, then you will fall in love with Jenny’s wonderful voice..." - Essentially Pop
“sonically audacious”, with each track on the album telling a story in the way that only GHOSTE can; with rare and therefore touching honesty and showcasing incredible vulnerability." - PopWrapped
"Put on your headphones and let Ghoste happily haunt your ears... unburdened, mesmerizing self-titled album that will transport you into her weightless, ageless, world of very much alive electric and electrifying music.  Ghoste is a shining gem of multilayered emotion brimming with melancholy, passion, imagery, longing, and self- confidence."
​- IndiePulse
"(GHOSTE) sings with such class and grace... with a stunning array of vocal ability that has you closing your eyes, smiling, tearing softly, but ultimately feeling empowered through her sumptuous vocals... GHOSTE carefully shows us how to believe again... - A & R Factory